Industrias Rojas: Nothing To Envy To What Is Imported 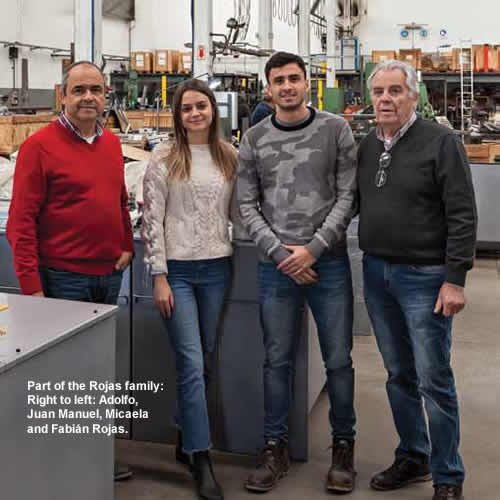 This is not available in Europe

The European metallurgical tradition, which Adolfo Rojas introduced in Argentina when he arrived in 1950 from Bilbao, Spain, with his father, when he was only 15 years old, is what is used to manufacture cylinders and hydraulic power plants for elevators. 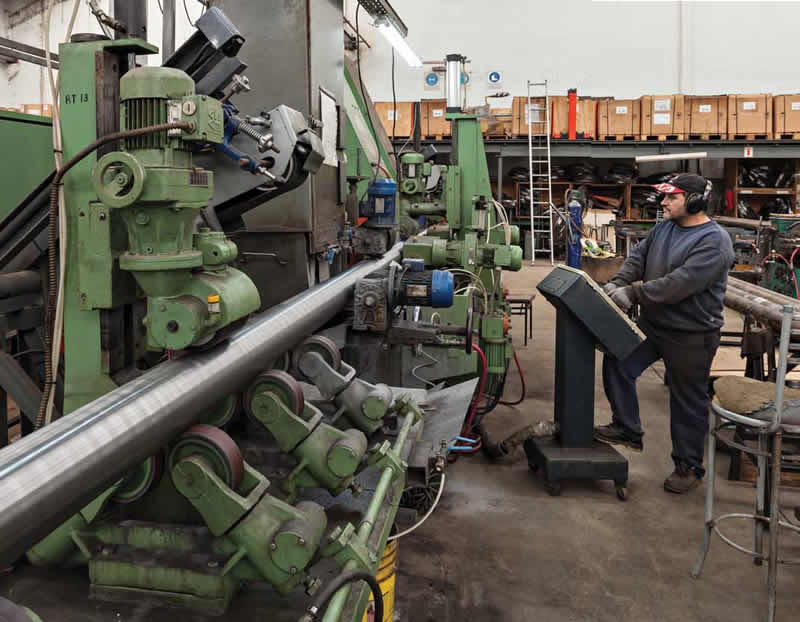 Industrias Rojas is one of the leading manufacturers of hydraulic components in the country and today we can say that it is the leader in this specialty. They began in ’64 to produce the parts for residential hydraulic elevators; It was at the time that Fabián Rojas, son of Adolfo and second generation of the company was born. He has been in charge of it for more than 20 years. Back then, hydraulics were mostly used for forklifts. “Actually, the architects accepted the hydraulic for the houses when they stopped being noisy, explains Fabián. This was achieved with the addition of special high-quality parts, which dampened the noise made by the pumps and motors.”

The hydraulic cylinder made up of the piston and the sleeve, is 100% self-made. The Hydraulic Power Plant, which is the other product they manufacture, includes Italian pumps and motors and German valves. 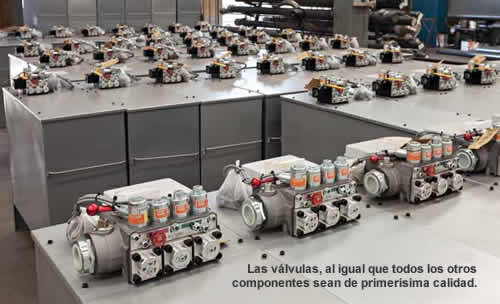 “Look at this, Adolfo says in soft, flowery Spanish, as he runs his finger over the surface of a piston just out of the grinding machine, it’s a crystal. There is nothing that comes from overseas with this smoothness and finish, he comments proudly”. 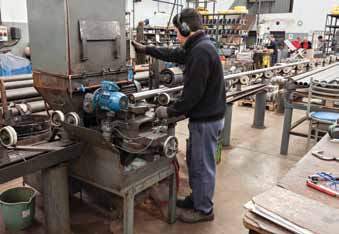 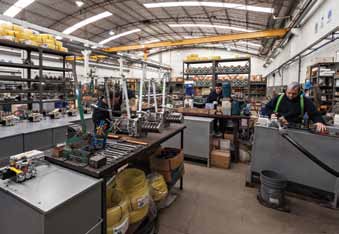 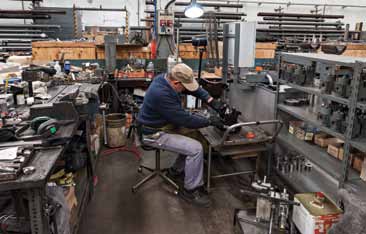 We are on the second plant of Lomas del Mirador, an extension inaugurated half a year ago, adjacent to the first, where Revista del Ascensor visited them more than once, a few years ago. The whole family welcomes us: Adolfo, patriarch of the family, born on the 4th of July, at an incredible 87 years, who continues to work as if nothing had happened; his son Fabián, CEO of Industrias Rojas, and his sons Juan Manuel and Micaela, his wife Marcela is also present The only one missing is Mariano, who is on a trip.

“When we expanded the plant, says Fabián, we brought to the shed everything that was mechanized and which help with the production of supplies for ourselves. Here we have machining centers, numerical control lathes, further on we have part of the sheet metal processing boiler, guillotine, folding machine”. They also have a warehouse and a large stock of merchandise: pumps, motors, valves, many cylinders, and their respective liners. This allows them to respond to customers as they deserve: “The big customer wants a big supplier.” And Rojas has great clients. The economic crash did not stop them, they continue to deliver as agreed. “You have to work the same, we have clients from 20 years ago and we don’t speculate with them when we have to increase, we will increase. The engineers of customers companies ask without going through the purchasing office, they know that what they need, Industrias Rojas has it and they call asking for what has to be manufactured for them. “They also know that we are not going to have problems, that what they are going to get is the right material. They trust us.” 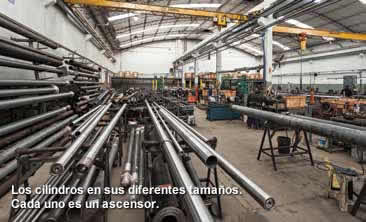 In the former shed, as big as the new one, we can see the bridge crane that transports large plungers. “In this place, we manufacture the cylinder and hydraulic power units, the products we sell.” Industrias Rojas is the only company that manufactures on a large scale, and also repairs units that are not of its own, for third parties. “Everything goes through Rojas”, exclaims Adolfo with a smile. 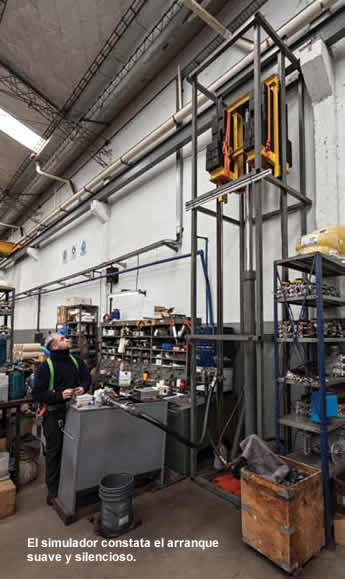 We observe the Hydraulic Units and their different parts: The valves, the motor, and the pump of the highest quality. We see how they are filled with oil and we also see how they are tested in a simulator where they are regulating the final point. All the hydraulic power units they produce, and there are already some 12,000  delivered, were tested and manufactured according to a certified manufacturing process, “The travel comfort they have, comments Adolfo enthusiastically, notice how it starts accelerating smoothly”. The company also manufactures small power stations for home use.

We look at cylinders of different sizes, which apply to elevators of different weights. Those pipes have been cut, prepared, and rectified in that place.

An extensive machine of Italian origin is the BOSSI grinding machine. Adolfo is fascinated by this machine. He invites us to look at the number of tools that work. It has five heads that operate in time, as the piston advances. The surface of the pipe is lubricated for cooling, which facilitates cutting. It is polished, and the required diameter is reached. Behind us is a similar, smaller machine that was made at home. It is incredible everything that the Rojas family has made with their own hands. With that old machine, they made a large part of their historical production, but when they acquired the new shed, everything was decompressed and they were able to introduce new machinery. “When we moved things to the new workshop, we were able to increase the stock of raw materials. What we have certificated are the safety gears that work like in traction elevators, they are activated when the elevator exceeds the nominal speed. Those safety gears are cast using a proprietary mold.”

Each pipe is an elevator. And there are many. Observing the final quality of the product to which he subscribes, he asks Fabián Rojas if it is necessary to import these products having this quality in Argentina. Fabián and his father agree “The consumer benefits from competition, which is the goal that the government should have, to benefit consumers and not industrialists. When we benefit consumers, we all benefit. If the national industry is protected a lot, it is not updated”.

Rojas represents that Argentine industry that makes us proud, the one that made this country great and will continue to do so. “I am not a metallurgist because of my father, Adolfo comments ironically, but because of my town Bilbao, where I was born. There is a very important metallurgical industry due to its iron mines and the Blast Furnaces of Vizcaya. We worked in an English mine, which left when everything was removed. My father taught me to work, he was one of those lathe operators”. And he tells the anecdote that is worth repeating, because the readers are renewed, which is that at 15 years old, instead of giving him a watch, as was customary, his father gave him a lathe. A Santos Vega of that time. And since then, about 70 years ago Adolfo – but also his son Fabián, and Fabián’s sons who are engineers, mechanic Juan Manuel and industrialist Mariano – the tradition continues and turns into the excellent products that they offer to the Argentine and Latin American market. . Everyone there knows how to set up a hydroelectric power station, from their grandfather to their grandchildren, since the latter started working in the company after finishing high school.

The firm exports mainly to Peru, also to Paraguay and some other countries in the region “In Peru, they know us well, they even call us for advice.” When we ask about the difference in energy consumption of the hydraulic compared to the traction lift, Fabián explains that “the hydraulic lift has a lot of installed power, but consumption is not high. Although they have a lot of HP in the motors, the elevators that are low-rise, in buildings with few units, are stopped almost all day. The ideal consumption is one in which the elevator does not consume anything when it is stopped. An investigation made in Italy says that 90% of the elevators work one hour per day; then the hydraulic one, which in stand by does not consume anything, considering the total, spends less than the traction elevator that consumes little when it is running but remains connected all the time in stand by”. 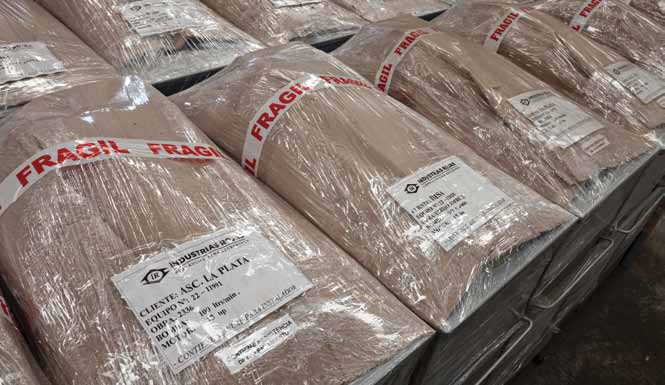 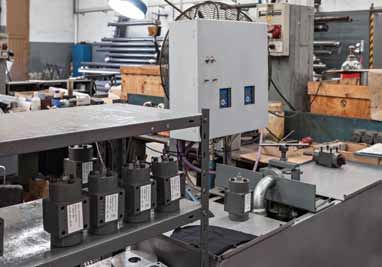 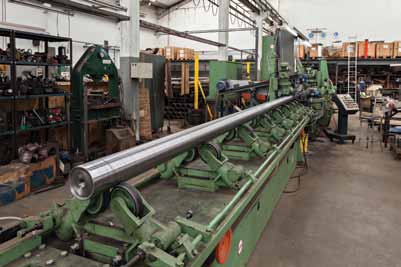 Rojas normally sells an average of between 70 and 80 sets per month. After the pandemic, they are almost close to that figure again. It is a company that has a continuity of work. The staff is made up of 20 employees between the administration and the manufacturing plant. And they are in view of taking two more workers. 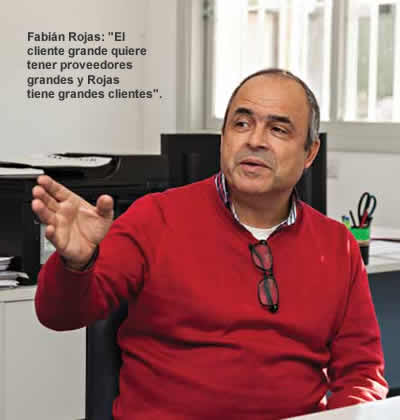 When we were saying goodbye, after such a pleasant encounter with such a happy and positive family, Adolfo surprised us again. He told us that in Spain, in his youth, people did not have much to give, but when a visitor left the house many times they were given a chicken as a token of friendship. So it was at that moment that the Rojas took us to the back of the premises, to a rear garden where chickens and a rooster strut around. There they live, and there they lay their eggs. The chicken coop also has its mechanical touch since the chickens feed on a chute that releases the corn when they shake it. The family has an incubator in their house and they are used to inviting the little ones to see the chicks hatch and participate in the cycle of life. 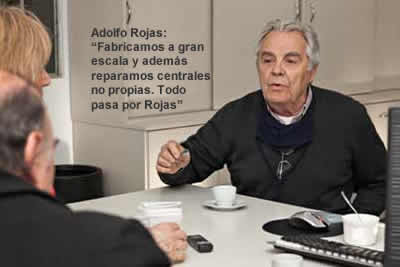 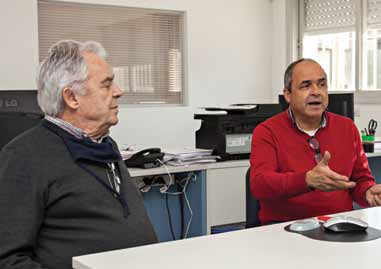 We didn’t take the chicken with us, because there was nowhere to put it in the city, but it was as if we had taken it. 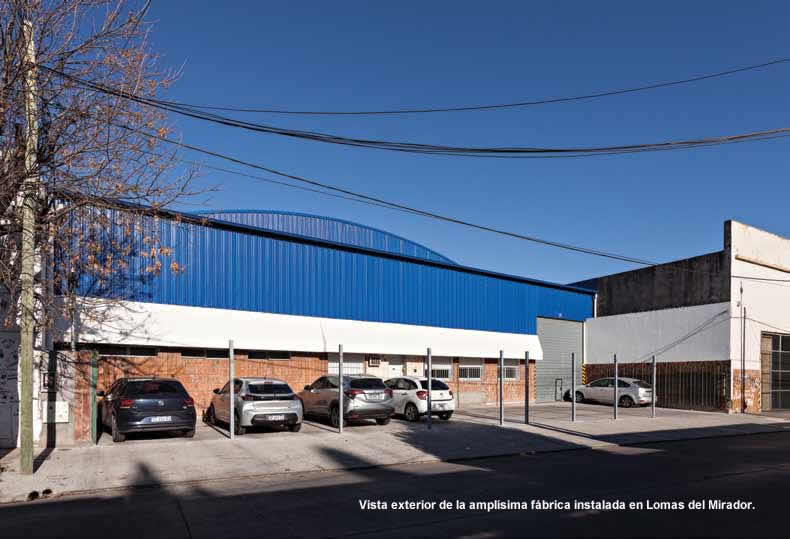