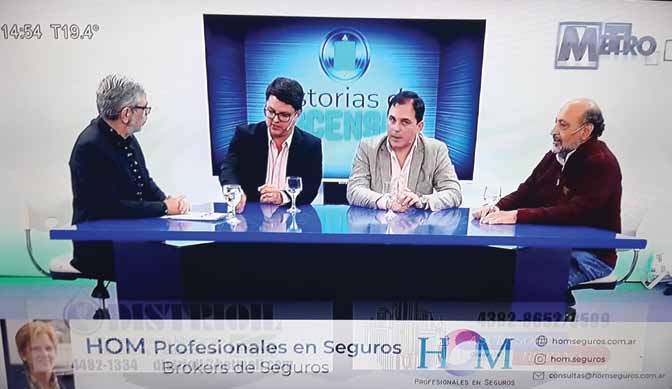 The protection of the company assets

INSURANCE: They Are Not A Penalty, But A Heritage Protection.

The insurance policy for the elevator was the subject that was discussed the last few days in Elevator Stories, the TV program sponsored by CECAF broadcasted on Saturdays at 2:30 p.m. on Cablevisión’s Canal Metro (8). Ing. Juan Martin Luciani, insurance broker of the company HOM Professionals, together with Dr. Martín Redoni, lawyer specializing in Tort Law and lawyer for CECAF and Ing. Marcos Sterzovsky, an executive member of CECAF, provided their experience on this very sensitive issue which supports much of the security of the business heritage.

As Marcos Sterzovsky said, “insurance should not be considered as a penalty that makes no sense, but rather as protection of the assets and even of the existence of a company. For this reason, they must be kept up to date and updated in their values”.

For his part, Ing. Juan Martín Luciani, the fourth generation of HOM Professionals in Insurance, emphasized the choice of good insurance, one that makes a good policy that, when responding to a claim, complies with the stipulated values without any bad surprises. HOM Profesionales en Seguros has an exclusive product dedicated to the maintainer’s professional civil liability that covers each of the participants in the installation, assembly, and maintenance of an elevator, in addition to other types of policies, which cover different risks for companies and owners.

Elevator insurance policies are a fundamental element both for maintenance companies and for homeowners association and their managers. They are the way to guarantee the payment of compensation that must be paid in the event of claims involving material or physical damage. In the City of Buenos Aires, there is an obligation for maintainers and owners to take out an insurance policy that covers civil liability. An RC (civil liability) policy allows the company’s and owners’ assets to be kept unscathed in the event of accidents and losses, and for this, the quantitative limit of said policy is very important, and also its updating.

But let’s go to practice:

How do we do when hiring insurance, taking into account costs and risks? 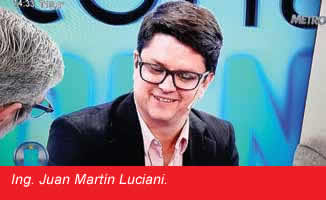 Dr. Martín Redoni explains that in the case of a maintenance company we are talking about insurance against third parties, for any loss that could be caused by the elevator use.  He suggests finding out in advance what type of policy the insurance company offers us, because we are talking of contracts, and certain conditions may vary. There are policies that exclude certain types of claims, or in case of covering them require an additional payment. It depends on each case and you have to find out well. 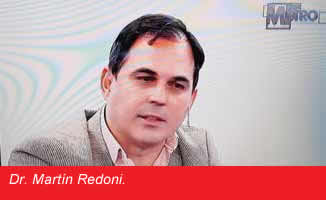 Ing. Juan Martín Luciani says that “there is a difference in responsibilities. One thing is a civil liability and another one is labor liability, which covers employees or people that have been hired. In addition, each jurisdiction may regulate different standards. In CABA there is insurance that, by the Civil Code, is mandatory for the Consortium, which is the domain owner or owner of the elevator; another type of insurance is required for the maintainer who has professional civil liability.

The measure to insure in CABA is a unit. The maintainer must have a minimum of 350,000 fixed units that are equivalent to 20 million pesos. Martín Redoni remarks that these 20 million pesos cover the risk in the event of an accident and is the minimum required to operate in CABA.

Then you have to see what the Consortium is like – continues Luciani -, the different characteristics of each building. The Government Control Agency, AGC, establishes, for a Consortium with a single elevator, a minimum CR insurance of 300,000 fixed units, which is equivalent to about 17 or 18 million pesos; for each additional elevator, another 50,000 fixed units are added, which is three million more. Therefore, two elevators require a coverage of 20 million, which just coincides with the 20 million that maintainers must insure.

The fixed units used to have an equivalent measurement value of half a liter of gasoline of the highest quality of the YPF of Central ACA store. Now, that has been modified and every six months the Government updates these fixed units price that are used not only to regulate the minimum insurance figures but also the fines. 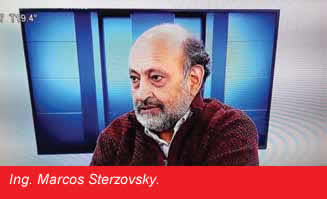 Marcos Sterzovsky makes an addition to what has already been said: “The insurances that must be contracted are very different: one is the insurance for the maintainer and the other is the one for the building or consortium. The consortium has all the facilities insured. In general, they have a comprehensive policy where civil liability, fire and others risks are covered. In the case of the insurance for the building, it is advisable to take a good look at the amounts that are being covered, because everything we are discussing in this conversations is the minimum. Do not think that insurance is something one was forced to take out to as an expense. It is an expense for your own protection, in the same way that it happens with a car. In other parts of the world it is approached in another way, as a defense of heritage. Insurance always seems like a lot of money, but insurance always seems like a lot of money, but 20 million is not even enough to buy a two-room apartment.

The host of the program, Félix Taylor, asks those present how the insurance company is chosen.

Juan Martín Luciani believes -with all his experience and the support of so many generations of insurance brokers- that the choice depends somewhat on the risk: “The risk of the consortium is not the same as that of the maintainer and depending on the risk we recommend different insurance companies. Why? Because different insurance companies have a claim experience at the time of payment. As in any field, there are good and bad companies, says Juan Martín. We recommend according to the risk you want to cover and according to the product that each company has to cover that risk.

SAVING ON INSURANCE IS NOT THE BEST DEAL

Martín Redoni is positive when he maintains that the maintainer has to think about his heritage. Elevators can fail and a person can lose their life or be left with some permanent injury. When the demand exceeds the value of what the maintainer insures, it is a problem. Then the judge can force the insurance company to pay and then decide who was responsible in another trial. There, the history of the elevator must be known, if there was a reported failure if it had to have been stopped, etc. All the information that was previously based on the elevator book and that today can be quickly discovered with the QR. 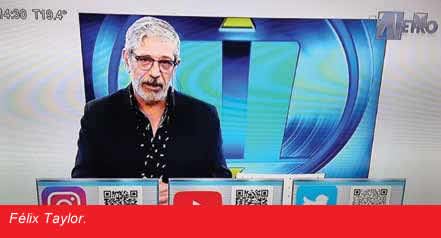 Félix Taylor points out that the important thing is that those responsible for the lifts, both the owners and the maintainers who take out insurance, when it comes to elucidating these situations have done things properly, as the insurance may not recognize the payment if the Ordinance was not complied with.

Juan Martín Luciani comments that, unfortunately, there are insurance companies that, by charging 5 pesos less, attract with advertising subterfuges, but at the time of the accident they don’t respond as expected.

Martín Redoni adds that insurers will respond up to the established amount. It is necessary to see what protection each one wants to give to the patrimony. If you insure for little, you get little.

Félix Taylor asks the attendees how values ​​are handled with so much inflation, to which Juan Martín Luciani replies that the fixed units are updated every 6 months. In a lawsuit, interest is charged, although sometimes, in some jurisdictions, the applicable interest rates are falling below inflation.

There is a specific clause that it is interesting to know exists, adds Luciani, which updates the sums insured. For example, today I contracted 1 million pesos, to say a number, and that has a 30% update clause; at the time of the accident then I will receive 1,300,000 thousand pesos. 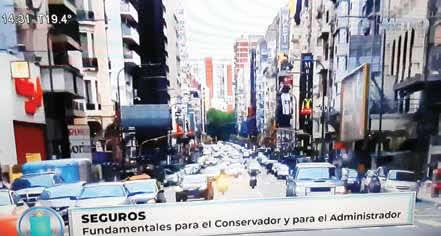 Martín Redoni advises reading the policies well, because some will set an update of 30%, but perhaps there are others that will offer more. What is not marked with the cross in the small print is what it hasn’t been offered, which is why he reiterates that you have to read the “fine print” very well. It is necessary to study what each company proposes to the eventual insured. That famous letter that nobody wants to read for which it is good to ask the advice of the insurance brokers. Martín Redone explains that it is very difficult for the contracting party to control everything. You have to read very fine print, with jargon that is incomprehensible to ordinary people.

“That’s what we’re here for, says Juan Martín Luciani. We are like intermediaries to read those policies that we know by heart, and thus we can interpret the risks that the contracting party has and we indicate the best.”

Félix Taylor introduces a pending issue: what happens when the inspection is carried out?

Marcos Sterzovsky comments that he has seen insurance policies where the inventory process of what is going to be insured is done wrong. For example, a building has three elevators and only one is listed; it has two boilers, one is listed, or the thermal tank is listed and the boiler is not listed. The insurance company is not supervising or finding out what is the stuff to be ensured.

Juan Martín Luciani replies that there is a very important task that corresponds to the insurance broker in its proposal. The insurance proposal is a figure in the insurance law, where an exhaustive enumeration is made with everything the client has to ensure: elevators, garages, billboards, boilers, swimming pool, gym, sum, etc. There is a serious problem if things are omitted since the sum insured will be less. As for the inspection, it has a cost, and that cost is assumed by insurers from a certain building category which are those that exceed 2,000 m², which is more or less 300 million pesos. When the building has less footage they do not inspect, and they assure. If it is not inspected, the insurance company does not take responsibility, but the good companies have to take responsibility and trust that the broker has done the inspection well; you then trust your broker who is also responsible for errors or omissions. When the building is less than 2,000 m² and hasn’t been inspected and covered, the good companies respond, says Luciani.

Years ago a National Reinsurance Institute was founded. When an insurance company couldn’t take care of it, they covered it. Today there is the Superintendence of Insurance of the Nation that controls the activity of insurance companies but is not responsible for them; in fact, it cannot be summoned to court to answer as guarantor. Supervises the balance sheets of companies and their financial statements.

When a figure is exceeded, for example 4,000 million, as happens in the case of HOM Professionals in Insurance, we must consult with the reinsurer, and see if it allows us to carry out that operation or not; the reinsurer is the insurer of the insurer explains Juan Martín.

At the end of the day, says Juan Martín Luciani, we are talking about policies that are not expensive. A normal policy of 500,000 pesos of civil responsibility will be at 8,000 pesos a year to be paid in installments of 800 pesos.

We will have to think about whether today 500,000 pesos is a figure that covers what is necessary and, if not, makes sure of a realistic value. After all, the day we need it, it will not be enough for anything.