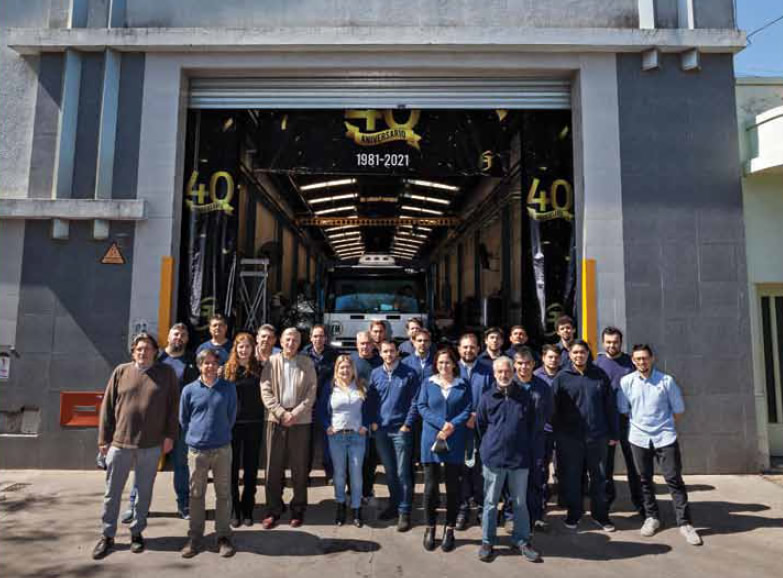 On Luppi Street and neighboring arteries in the Pompeii neighborhood H. Trimarchi SRL has installed its headquarters distributed in several premises for factory, warehouses, and offices, amen of a branch on E. Frías street in Parque Centenario neighborhood, to become a very important supplier of components and spare parts of the elevator. 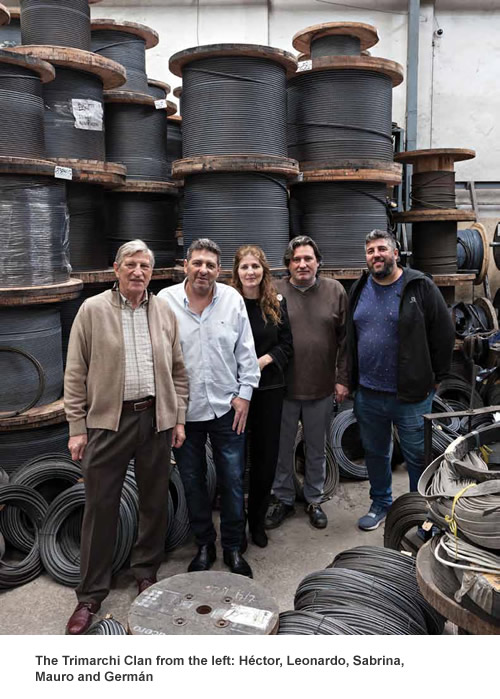 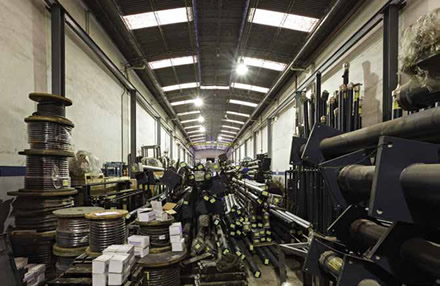 This 2021 year, more specifically in March, it was 40 years since Héctor R. Trimarchi started his own company to supply parts and components of the elevator, both national and imported.

Also this year, in the same month of March, he celebrated 50 years of marriage with Beatriz, his partner, and lifelong companion, beginning a family dynasty dedicated to working in different areas of the company. There is his first-born Leonardo, his only daughter Sabrina, then Mauro and Germán, and a fifth son, Iván, who takes care of the agricultural activity, another asset of the family group. 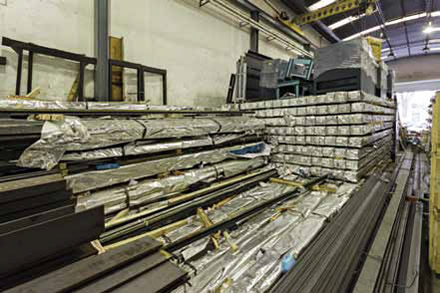 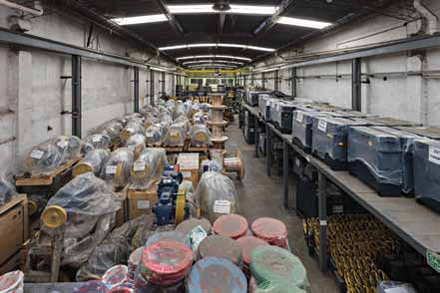 Today H. Trimarchi SRL sells spare parts for elevator maintenance and at the same time national and imported parts and components for installing companies, counting on a factory equipped with cutting edge machinery where they produce frames and arcades.

They provide to lift maintenance and installation companies with a stock of more than 9000 products, being distributors of all of the national industry manufacturers and main producers of vertical transport in Spain and Italy such as Fermator doors; G. Montanari drive machines; hydraulic equipment from Moris; Monteferro guides, barriers from Weco  as well as escalators from Sjec. H. Trimarchi is the exclusive distributor of these firms to Latin America.

They have more than 1000 checking accounts and a staff of 35 people who are devoted to satisfying the demands of their clients. Some employees have been working for more than 20 years in the company. 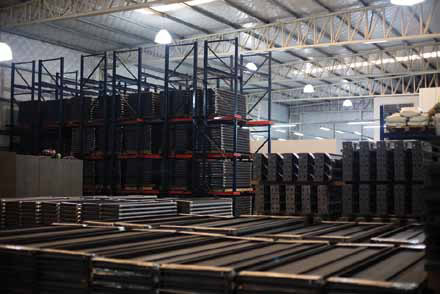 One company, one life

How to get it, what is the secret to having a prosperous company after 40 years, and how to overcome the pandemic, is the first question we ask Héctor, the architect of this project that grows a little more every year.

He claims there are no secrets “we work as always, carefully, and measuring all the steps that we were taking. The first months were hard because we had almost no staff but we still tried to provide the service, we always stayed for the maintenance companies. Financially we accepted only one month of government aid and then we resigned the aid and managed with our own resources so that we do not get tied down or have any commitment. 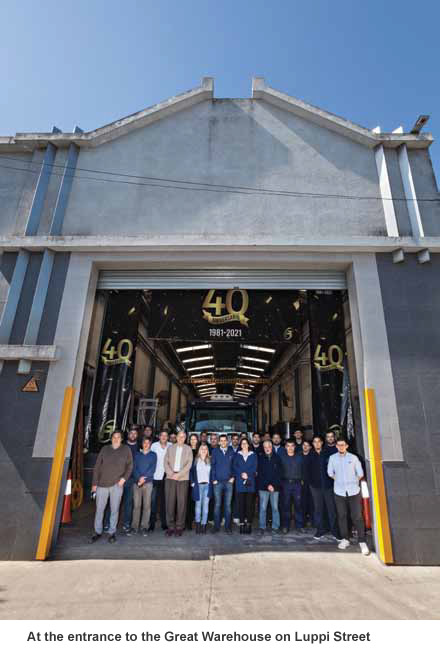 Member of a family made up of immigrants, his father was from a town near Taormina, Sicily, who arrived with his brother in Argentina at the age of 16, and his mother was the daughter of Spaniards from Almería. 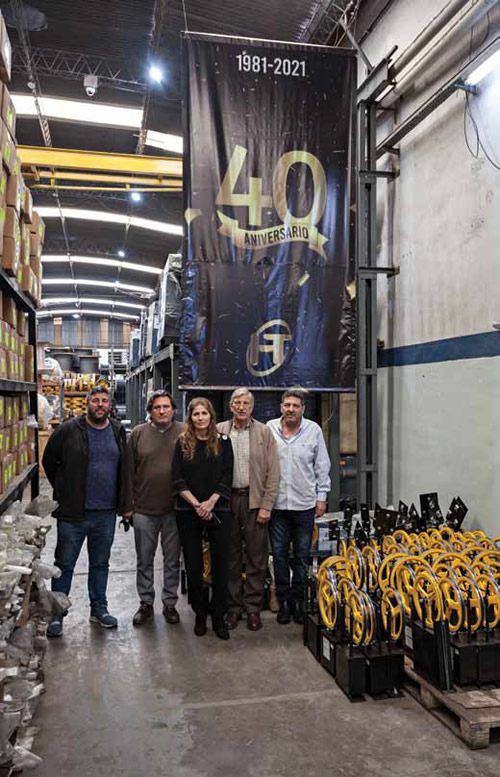 Héctor, his two brothers, and his sister were raised under the motto “study or work”, and so it was that he chose both paths at the same time. At the age of 12, we found him dispatching merchandise in a warehouse in Parque Chacabuco, the neighborhood where he was born, something he continued to do at the same time as elementary and high school. He knew at that time that something around commerce would be his main way of life in the future and, as he says, life and circumstances took him. 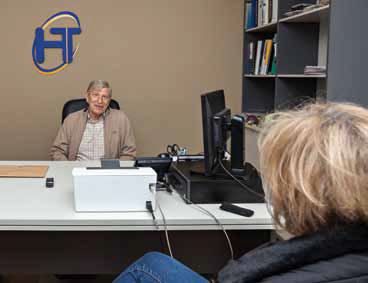 It was only in 1969 that he joined the elevator industry when he entered Electra Elevators S.A. . . . There he learned about everything and as he was already studying a career in business administration at the University of Buenos Aires, he began to occupy areas of greater hierarchy and responsibility and thus he performed in the control of production and learned everything about costs and the purchase of materials. 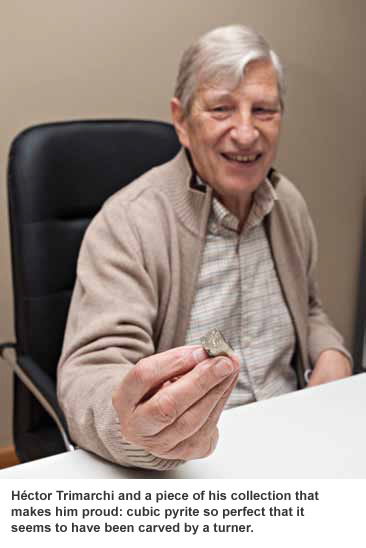 Having learned about the manufacturing process and knowing the different suppliers of the Company was what allowed him to take advantage of the great opportunity that the elevator Industry crisis offered him during the management of Martínez de Hoz, in the last 70’s, when many large and important companies had to lower their blinds because of this situation. Electra Elevators, a company with 250 employees, managed to stay for a few years and then go bankrupt.

His knowledge and his reflexes led him in 1981 to start his activity independently, counting on the support of his family and the suppliers he already knew, finding a very favorable response within the elevator industry. The Electra elevator bankruptcy gave his business a big push, as it left an enormous number of elevators uninstalled or half-installed, as well as a good batch of maintenance subscribers who were largely taken over by former colleagues of his in the failed company. Then he began to provide those colleagues with the necessary materials to install the elevators and then to maintain them. As Héctor himself declares, in Electra, he learned everything that had to be done and also everything that should not be done to become today the owner of the company that always grows even in the worst circumstances. 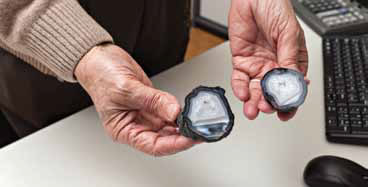 What the quarantine did not take

When the quarantine was declared, they were practically closed for almost a month. There was initial confusion and they began to organize themselves to put together all the protocols since Trimarchi wasn’t at that moment an essential company until maintenance turned essential and they began to provide spare parts to the maintainers. They had to unify the warehouses, the offices, set acrylic dividers, and do the best possible to create bubbles to avoid contagions. Everything went very well and although there was some contagion there were no aftershocks thanks to the fact that all the employees took good care of themselves and to this day they continue to observe the preventive regulations. Construction instead stopped completely, leaving almost without activity to the installation companies. Sales compared to “normality” have recovered in ’21, but 2020 was not a bad year for Trimarchi. “Recently we made an analysis of the average sale of both, the maintenance sector and the construction sector, month by month and things didn’t go wrong for us, we can’t complain”, says his daughter Sabrina in charge of the administration. However, the local market has not fully recovered since modernizations are stopped due to the lack of budget in the consortiums, on the other hand, the new elevator installation companies have a more favorable moment due to the impulse of construction.

The new generation in order of age joined the firm after finishing high school: Leonardo who graduated in the same profession as his father and who is in charge of shopping abroad; Sabrina who has a degree in psychology and is in charge of the Administration; Mauro who is an architect and shares with Leonardo the sale of new equipment and the design of new projects; and finally Germán who is the youngest brother in charge of purchases. Héctor tells his granddaughters, Sabrina’s daughters, and his grandson, Leonardos’s son are fond of collaborating in the firm and show great enthusiasm.

This important anniversary will not have its party but it has and will have lots of presents until the end of the year in March 2022. Television screens, motorcycles to deliver among their clients and also employees until March 2022 will mark the end of the celebration.

Héctor Trimarchi is a quiet simple man with a low profile who speaks with a slow tone and low voice. He is thoughtful and knows what he wants, another fundamental factor for success. He continues to have the same interest he always showed for his company, even though he now works fewer times a week. He recognizes the campaign has already been done and that the difference is no longer made by $ 1 plus $ 1 less. However many times, when hanging around near the office, he can’t help walking in front of the door to make sure everything is fine.

He lives in a house with his wife and he loves to take care of his rose garden. He also loves traveling a lot and he is waiting for the moment pandemic slow down to travel again.  He is very interested in mineral stones and fossils he himself discovers by digging in the south part of the country. That makes him travel millions of years behind when they were created by Nature. Héctor showed some of them, with satisfaction. Are pieces of so-called cubic pyrite from La Rioja, Spain, perfect shiny cubes which seemed to have been designed by a sculptor. What he loves in them is their eternity. As he ironically comments, ” a man is not remembered further than 150 years after he dies, but a firefly trapped inside a rock continues to be present millions of years after disappearing”. 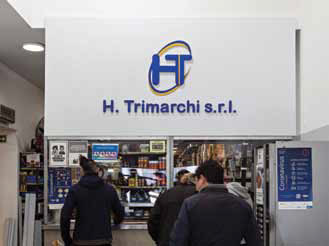 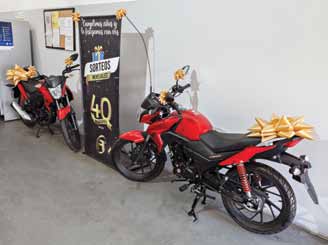 For years he has been collecting parts of old elevators; his project Has been to create a mini-museum in A.J. Luppi 1535 to show the evolution of the elevator since its invention.

Héctor expresses his eternal gratitude to the clients, suppliers, and employees for the support received during these forty years and hopes that this same trust will last in years to come. Meanwhile, H. Trimarchi SRL will continue its trajectory with Beatriz’s and Hector’s children and grandchildren working and studying which is the only way to achieve valuable things in life.