Riding the elevator with Big Brother: How digital displays in your condo are targeting you with ads 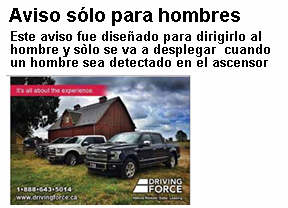 It’s a fact of modern life: whether you’re driving down the Gardiner, sitting on the subway, or surfing the internet, you’ll likely end up staring at an advertisement.

But what about when an advertisement stares back?

That’s an uncomfortable reality residents at a Liberty Village condo are now grappling with after learning that video screens placed in their condo elevators are equipped with cameras that are collecting data for advertisers.

The screens, installed by Visio Media, scan the faces of residents as they watch ads, and share the information with advertisers, providing statistics on gender and age.

The cameras can detect the presence of people in the elevator and display ads that are catered to their demographic.

According to Visio Media’s website, that even includes ads that appeal to children, like the one below for a root beer flavoured tooth polish.

“Elev8 is the world’s first digital out of home platform with the ability to tailor ads to a person’s gender or age (alongside many other targeting metrics),” the company’s website explains. “Using our patented technology, you’ll be able to fine-tune your messages to connect with your target audience.”

The screens have been installed in four elevators at 38 Joe Shuster Way, near Queen Street West and Dufferin Street, raising privacy concerns among some residents who recently brought the issue up during a heated condo board meeting.

“There is no facial detection (or) recognition going on,” he stressed in a phone interview with CityNews. “There is no video information, recorded, stored, it never leaves the elevator. All we are doing is counting people, so we can report back to the advertiser and say ‘Your ad was seen 2500 times and it was like 45 per cent female, 55 per cent male,’ or that sort of thing. But there is no video information, there’s no privacy issues here because we couldn’t identify anyone.”

“This is aggregate information, it’s numbers, there’s no pictures.”

Johnson adds that condos can opt out of the advertising, but they would then be giving up their share of the revenue, which can be considerable. 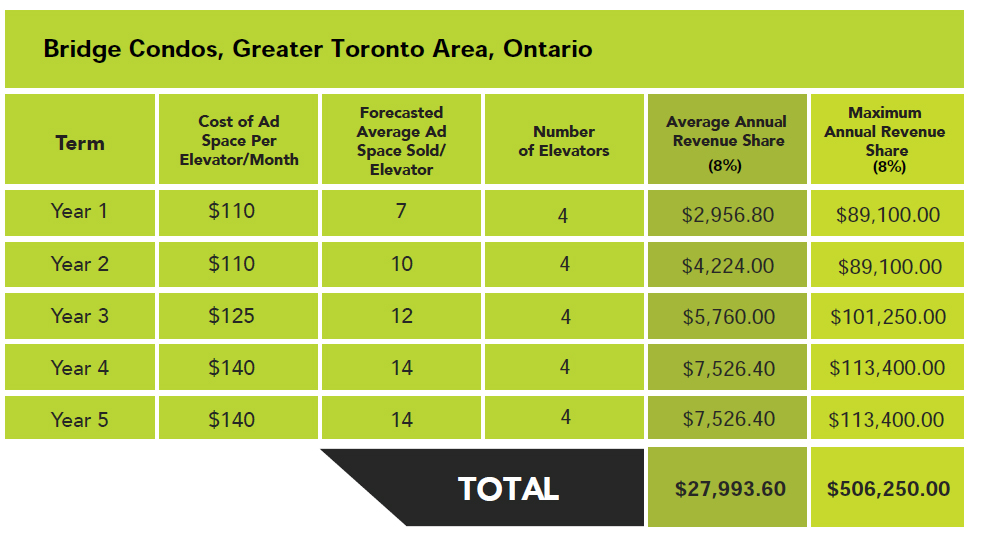 “The primary purpose of the Elev8 platform is to allow condos to communicate with their tenants and to display news, weather, sports and entertainment content,” Johnson said. “What we do is we offer them that functionality and we charge a fee for that, or they have the option of saying actually no we will do advertising-sponsored content.”

The company’s website shows examples of ads catered by gender. 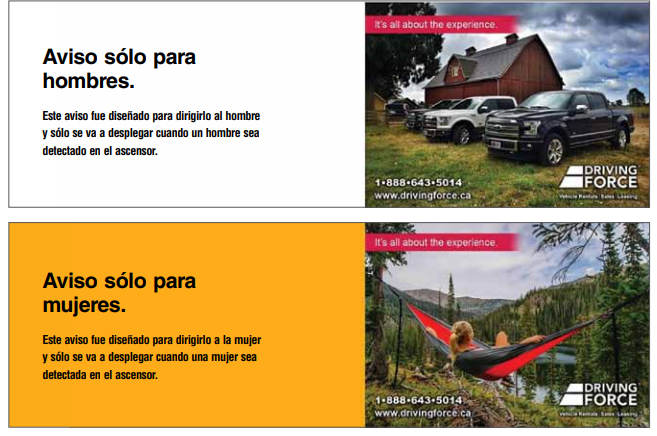 Ben Newey, who has lived at the condo for about a year, believes there wasn’t enough transparency surrounding the screens and the connection to data collection.

“It’s a little strange. You don’t know where the data is being sent,” he said. “It doesn’t actually say that the cameras are there but you can see it. It’s a little unsettling.”

“Yes they (residents) should be concerned because they have no assurances that their facial images aren’t being captured and retained somewhere,” she told CityNews. “That leads secondly to identity theft, it can lead to a lot of other issues. I always say be aware of unintended consequences. So of course people should be alerted to this, and obviously their consent wasn’t obtained and they haven’t been notified of this new practice that they object to.”

Cavoukian believes Bridge Condos should have posted a prominent notice, alerting residents about the nature of the cameras and what type of information is being gathered.

CityNews reached out to property management at the condo, but they didn’t want to comment.

Cavoukian said concerned residents can file a complaint with the Ontario Privacy Commissioner.