Opening of the “Educational Elevator” at UTN Regional La Plata 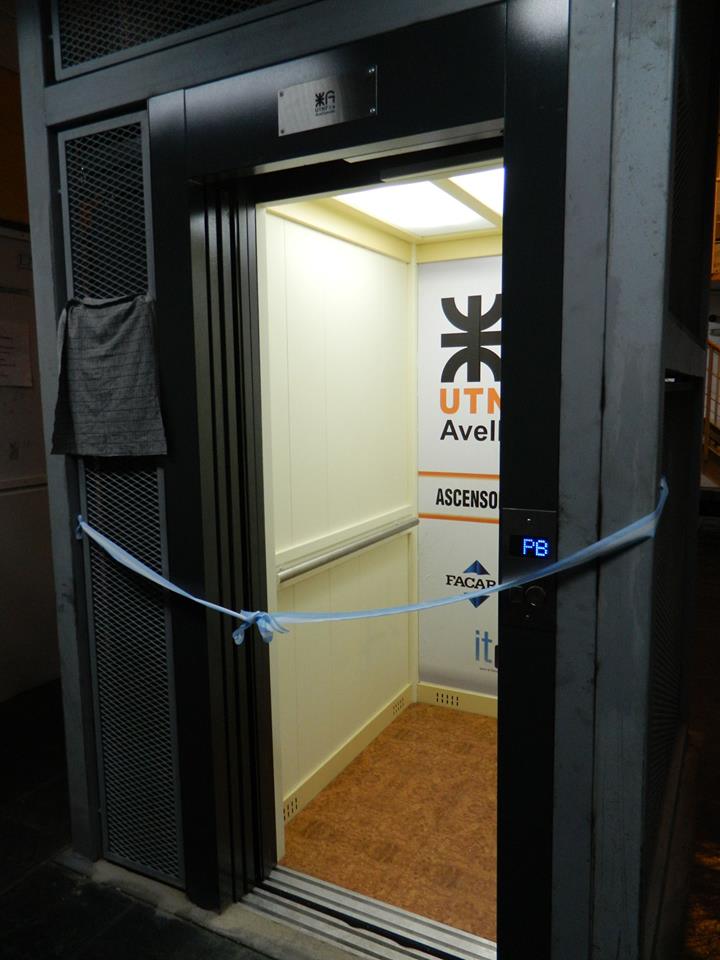 With the support of the Federal Council of Science and Technology (COFECYT) Program and the sponsorship of the Chamber of Manufacturers of Elevators and Components (CAFAC); of Technological Institute for the Elevator Study and Teaching (ITEEA) and the Federation of Associations and Chambers of Elevators of the Argentine Republic (FACARA) last Wednesday May 15 was opened the Educational Elevator at the Regional UTN Avellaneda, Project 049/12 belonging to the aforementioned COFECYT. 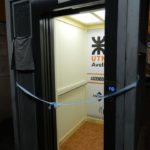 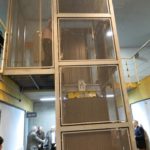 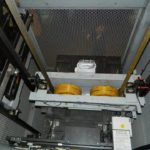 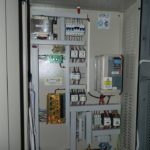 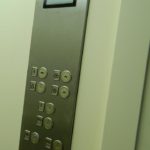 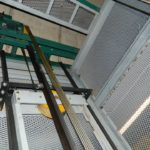 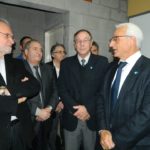 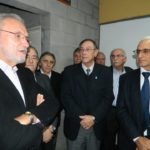 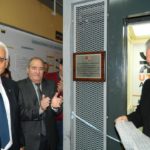 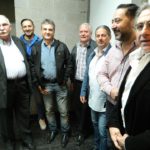 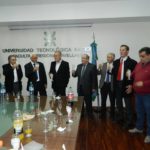 The Educational Lift is the result of a long cooperation between companies and chambers with the UTN ( Technological National University) of Avellaneda that started in 2001 with , when the seminars wich took place in the UTN headquartes with the presence of ADIMRA, CAME and CARMAHE, kept on with an agreement made more
than 10 years ago between the Association of Metallurgical Industries of the Argentine Republic (ADIMRA) and the UTN de Avellaneda and finally took shape with a commitment between CAFAC, ITEEA and the UTN University to bring industry and academic cloisters closer to achieving a mutual progress of the development of knowledge on the vertical transport industry, which resulted in the Educational Elevator. This Elevator is a MRL type two-stop elevator, with automatic doors and capacity for five people. The Educational Elevator, will serve not only and educational purpose but a human one collaborating with people which move in a wheelchair or have some kind of impairment to climb stairs.

Engineer Gerardo Venútolo, former president of ADIMRA, and current president of CAFAC has been a fundamental piece in the realization of this Project indeed and of many others related to the elevator SME’S activity in Argentina. Before the ribbon cutting ceremony, he adressed a few words and this he said: " It will not take long that MRL elevators will be allowed to be installed at Buenos Aires city, for the time being this issue is under public consult. Many City Halls municipalities don’t permit them, but sooner or later this type of elevator will be an everyday occurrence. We are giving a counter example, a positive example, for the educational elevator we are starting today will serve to train the technicians, the engineers, and to be visited by those who want to
study and know their materials, their components; to learn how to maintain them in a safe, reliable and correct way and even know how to evacuate them. Students will even dissamble and assemble it. Because today I'm not ashamed to say it, multinationals have the leadership of this technology, the SME’s ought to catch up with them if they don’t want to be ruled out or stay out of competition for the future. We thought we have to know it and not only in a theoretical way but in a practical one and for that purpose therefore we need to have the companies’ staff ready when it is needed to start installations. This coordination or joint we have been holding with Jorge for a long time now, (he refers to Eng. Jorge Del Gener, Avellaneda Regional Technological University dean, where Engineer Venutolo also teaches) between the elevator trade and this University, I want to highlight the excellence of UTN, a model University, with its facilities comparable to those of the best universities in the advanced countries of the world. George could lead this transformation from the old and former University to the one which it is today, an example that makes me congratulate you constantly. Soon we will add the trainings and the workshop to continue with the specializing of operators, technicians and engineers of the elevator industry. Everything was possible with the participation of colleague chambers. Here with us is Fernando Suárez, president of FACARA, the federation that brings together all elevator chambers of Argentina devoted to elevator maintenance, installation and manufacturing. What we have done in this program is the articulation of the interests of the whole elevator sector: produtive, installer and maintainer to serve the SME’s argentine development”.